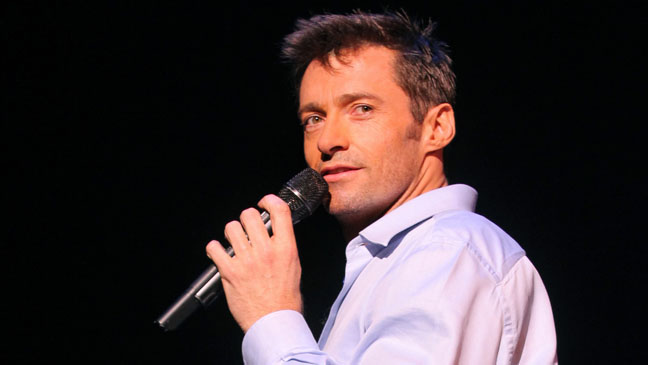 Hugh Jackman was the surprise guest at the New York premiere of Alfonso Gomez-Rejon’s “Me and Earl and the Dying Girl” at the Landmark Sunshine Theater Wednesday night. The one and only Wolverine came through a side entrance of the theater where he wasn’t spotted.

“I believe in life that if something’s good you just tell everyone about it,” said Jackman in his remarks from the stage before the screening and before he introduced the director.

Added Jackman, “I immediately rang Alfonso and said I love your movie. What can I do? Do you want me to tweet? He rang me back and said, ‘Man, I want you to come and introduce the film, so that’s what I’m here to do, and you’ll understand why I’m so passionate about this film after you’ve seen it. Alfonso is one of the great, most exciting directors out there. I love him so much I actually signed on to his next movie. You know that Alfonso? He does,” Jackman called out to the director. He will co-star with Rooney Mara in Gomez-Rejon’s next project, “Collateral Beauty.”

“The cast is absolutely extraordinary in this movie, every single one of the performances, so nuanced, so beautiful, so touching, so funny,” Jackman said. “So I told him I was going to be here. I’ve done my job. You guys are in for absolute treat!” Then Jackman introduced the director, who bears a startling resemblance to Javier Bardem.

(Jackman’s voice coming from a Wolverine poster in the dying girl’s bedroom also figures comically in “Me and Earl.”)

Based on the YA book by first-time screenwriter and novelist Jesse Andrews, the cancer-kid story is equal parts comedy and tragedy without being sentimental. “Me and Earl” was a bit hit at Sundance, where it picked up the Grand Jury Prize and the Audience Award.

After Jackman’s comments, the director introduced the film’s three young stars, Thomas Mann, Olivia Cook and newcomer R.J. Cyler, who are perfectly cast and make the film. The story is set in inner city Pittsburg, which is where the screenwriter grew up.

Mann plays Greg, a socially awkward high school senior who aspires to invisibility and gets along with all the kids by pretending to form alliances with the various cliques. His only friend is Earl, who comes from the other side of the tracks, and who is no-nonsense and has a big heart. They two share a passion for making movies that are parody takes on classics, which include “2:48 PM Cowboy” (Midnight Cowboy, 1969), “Don’t Look Now Because a Creepy Ass Dwarf is About to Kill you!!! Damn!!! (“Don’t Look Now,” 1973) and “A Sockwork Orange” (no translation needed).

Gomez-Rejon also introduced “Nashville” star Connie Britton, who plays Greg’s mother, a kind but absent minded woman who forces him to spend time with Rachel, who has leukemia. Britton worked with the director a few years before on “American Horror Stories” and he told the audience that Britton read the script for “Me and Earl” and told him she “loved it and wanted to be involved” and the “second she was attached to the project it became real.”

In his intro to Molly Shannon, Gomez-Rejon said he was “obsessed with her” for years. “I used to spend the night at Rockefeller Center to get passes to see her on Saturday Night Live.” Shannon has never been better in the tough role of the dying girl’s mother, and infuses her dramatic performance with just enough comic touches to keep it from getting too heavy.

Gomez-Rejon mentioned that he made the film for his father, who was his “best friend and who I loved so much,” adding, “the reason he was as great as he was because of the woman he married,” introducing his mother.

“And most people, even on the outer circle know that I can’t say anything without Scorsese’s name,” said the director, who saw “Mean Streets” when he was 13, which led him to New York” and “the two greatest guardian angels I’ve had in my entire career,” and then dedicated the evening to “GoodFellas” author Nicholas Pileggi and that movie’s famed editor Thelma Schoonmaker.

Other celebrities we spotted at the after party at Pravda on Lafayette included Octavia Spencer, Chris Abbott and Chelsea Handler.

On the red carpet I told Connie Britton she was unrecognizable in the film as Greg’s frumpy mother. “Oh thank you!” she told me. The actress, best know for her sexy roles, wears unflattering glasses and her hair is in a messy bun. As for how she found her character, she told me, “I just had this vision of who this woman was, you know? It’s one of those things where I felt like I had met her before. That was really it, and it was a lot of hair and makeup and all that kind of thing.”

Two days earlier at the film’s junket, R. J. Cyler charmed journalists with his anecdotes, especially about his scenes with Nick Offerman, who plays Greg’s eccentric professor father. His character wears sarongs and caftans and eats exotic foods like cuttlefish and pig legs that he shares with Earl.

I asked Cyler, who told me he ate the food for real, if he’d acquired a taste for the cuttlefish.

“I haven’t. It still makes me emotional,” he told me. “Calamari isn’t too bad. That’s what I thought cuttlefish was gonna be that. I’ve eaten octopus and eel, and shark, and sea urchin before and those are good. So nothing in this movie could be too bad a challenge, right? They brung me to my knees with the stuff!”