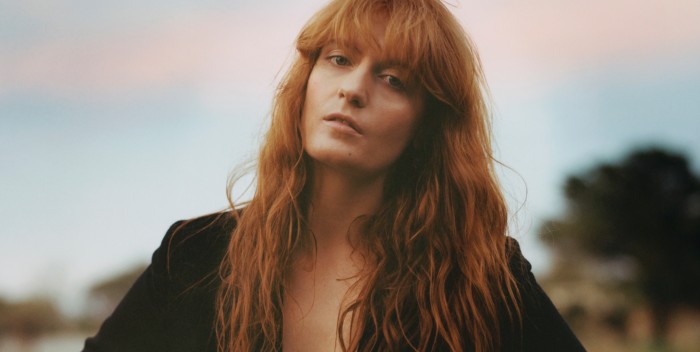 Number 1 on the charts? It means number 2, or 10, next week. It doesn’t mean what it used to. Last week, Florence and the Machine were everywhere on TV. Florence may even have thrown out the first ball at Yankee Stadium. They were like Zelig. As their new album, called How Big, How Blue, How Beautiful, launched on line and in stores, Flo and co. seemed like they were going to go through the roof.

In end, How Big sold 138,000 copies– including streaming and digital sales. In fact, streaming only gave them around 10K extra copies. Last week’s number 1, by rapper Rocky A$AP, dropped 68% and fell to number 3 with around 46K sold.

Florence? She doesn’t have a hit on the iTunes top 150. Neither does Rocky, not ASAP not later. Next week Florence will be succeeded by someone else, maybe Muse or Of Monsters and Men. That’s the way it goes nowaways. The fans have no commitment to the music after the first week of release unless it’s something extraordinary. I dare say, 20 years after Alannis Morissette’s “Jagged Pill,” another phenom, Taylor Swift and her gang are the only ones who knew what they were doing this year.

PS The Tony Awards had low ratings, but the album score of “Fun Home” has zoomed to number 9 on iTunes. Not bad.