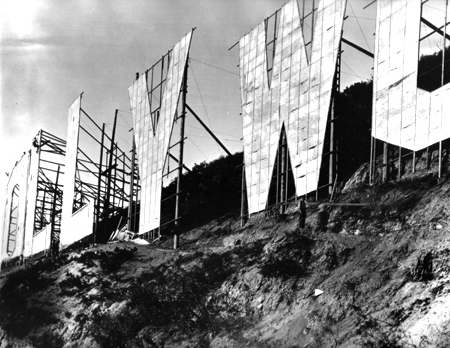 This just came in from the publicist representing producer Garth Ancier. He was sued by Michael Egan for sexual harassment. Egan has since dropped the case, but not before smearing Ancier. Since then, director Amy Berg has still used Egan as a main source for a documentary about producers preying on young men. Reading this, I can’t imagine how these lawyers, Herman and Egan, can go on. What a mess.

Attorneys Jeffrey Herman and Mark Gallagher this week issued detailed apologies for filing what they now acknowledge were entirely false claims in a lawsuit against veteran television executive Garth Ancier. The apologies, which appear in their entirety below, are accompanied by an undisclosed monetary payment in the seven figures.

The allegations contained in the baseless lawsuit were fabricated by Michael Egan, who recently pled guilty in North Carolina federal court to running an unrelated Ponzi scheme where he lied to investors and forged documents. He is awaiting sentencing.

Ancier also discovered that as Egan’s Ponzi scheme fell apart, Egan had bragged to a witness that “if all else failed he could go after ‘Gay Hollywood’ and claim he was abused and they will have to settle because they cannot stand the publicity.” A federal judge also scolded Egan for lying in court.

Jeffrey Herman, an attorney for Egan, issued the following apology:
“I sincerely apologize for bringing lawsuits against you on behalf of my former client Michael Egan. As you know, I withdrew from representing Mr. Egan two months after filing the complaints. Based on what I know now, I believe that I participated in making what I now know to be untrue and proveably false allegations against you. Had I known what I learned after filing the lawsuits, I would never have filed these claims against you. I deeply regret the pain, suffering and damage the lawsuit and publicity have caused you, and your family, friends, and colleagues. I sincerely regret my role in this matter and for the harm that I caused. I have resolved this matter with compensation to you. I am hopeful that you can recover fully.”

Mark Gallagher, an attorney for Egan, issued the following apology:
“I sincerely apologize to Mr. Garth Ancier for my part in bringing a lawsuit against him on behalf of my former client Michael Egan. Unfortunately, I now do not believe that the allegations in the lawsuit were true and accurate. I deeply regret the unjustified pain, suffering and significant damage the lawsuit and publicity has caused Mr. Ancier, and his family, friends, and colleagues. I sincerely regret my role in this matter.”

Ancier stated:
“The lawyers who brought this false claim are now making a significant financial payment as part of their apology for bringing a case they acknowledge never had any merit, finally proving that a convicted scam artist’s claims about me were entirely made up. I said on day one this was all absolutely false and I’m certainly pleased that’s now been admitted by the lawyers responsible for transforming absurd fabrications into a real-life nightmare for me.”