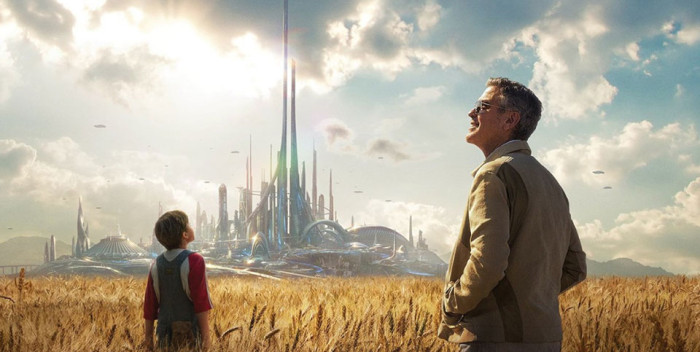 “Tomorrowland” fell short last night at the box office. Disney was hoping for a $12 million opening. All they got was $9.7 million. The four day holiday will score less than $40 million, absolutely. “Tomorrowland” word of mouth has to be terrible– it’s a bad movie.

“Tomorrowland” is no “Lone Ranger,” but it’s a bust on many levels. Luckily, Disney is booming right now with the “Avengers Ultron” followed by “Inside Out” from Pixar. No one’s going to lose sleep over this. But it’s a blow because the movie from Brad Bird, the celebrated filmmaker behind “”The Incredibles,” “Iron Giant” and even “Mission Impossible: Ghost Protocol.”

Everything about “Tomorrowland” is sort of wrong. George Clooney looks terrible, first of all. Then, he’s saddled wuth two scene partners who are — at least in the movie– children. (Britt Robertson is 25 but looks and acts 16 in this movie.) There’s a lot of talk– so much talk– and nothing happens. A lot of the movie is hard to understand. Physical production is good, however. I particularly liked the re-creation of the 1964 World’s Fair. Really, in the end, I think kids will wonder what this was all about. I certainly did.