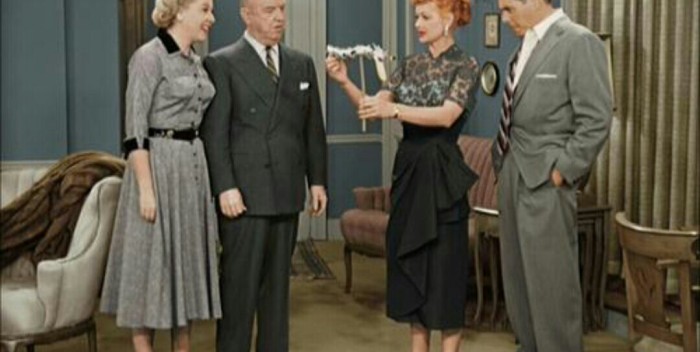 Sunday night: Two reruns of “I Love Lucy” from the 1950s, colorized (objectionable, but ok whatever) scored the highest total viewers of all scripted shows that night.

But of all the other shows on TV Sunday night– Dateline, The Simpsons, Battle Creek– Lucy prevailed.

The two episodes of “Lucy” looked terrible, I thought. The beautiful original black and white looked garish and Crayola like. But “Lucy” is the Shakespeare of television comedy. A few others come close, but Lucy, Desi, Vivian Vance and William Frawley were in a league of their own. All their writers and directors were, too.