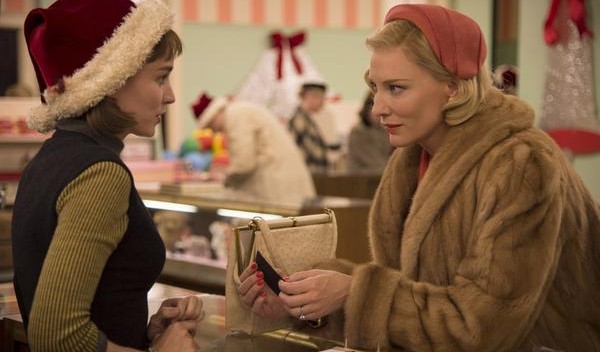 Cate Blanchett may be on her way to a rare third Oscar. The movie she opened at Cannes tonight, Todd Haynes’s “Carol,” just received a 10 minute standing ovation at its premiere. “A good ten minutes,” says a source. “Carol” co-stars Rooney Mara in a lesbian love affair that isn’t graphic but subtle and incredibly riveting according to reviews. Harvey Weinstein will release it in December. From the responses, it does seem that “Carol” is a sure Best Picture nominee, with Blanchett going for Best Actress. Mara may be put in Supporting so they don’t cross each other out. Haynes will get his second Best Director nomination. Bravo to Christine Vachon, who has toiled long and hard producing his films. She deserves an Oscar for being the unseen hand behind so much good art.