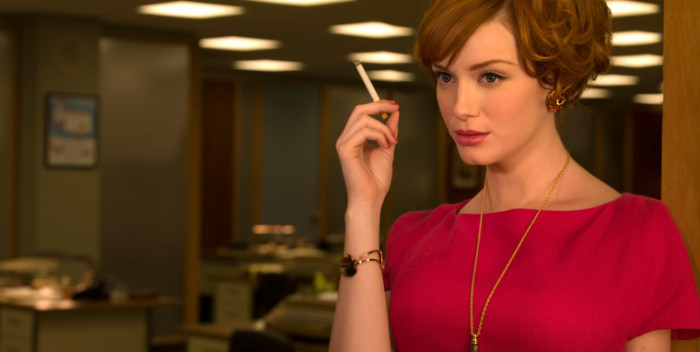 This could not be better timed. Two weeks ago, Joan — in her fiery exit speech– told the head of McCann Erickson that the women at Newsweek (this was 1970) had revolted and demanded to be treated as equals to the men. This really happened in 1970. Forty six women filed a sexual discrimination suit against Newsweek.  It was considered an uprising and a key moment in the women’s rights movement.

And now Amazon has greenlit a new series pilot, produced by Lynda Obst– based on the book “Good Girls Revolt.” The book was written and published recently by Lynn Povich, sister of Maury, a long time journalist and someone I remember fondly as being the only normal person when MSNBC.com started operations. She was at Newsweek at the time and was one of those women.

I had no idea Lynn had written this book, or that it would be the “sequel” to “Mad Men.” What a coincidence that Joan (Christina Hendricks) mentioned the Newsweek incident in that episode. She should be the star of that series. Everyone would watch. Congrats to Lynda, a great producer.

But times don’t really change. In 1994, new management at New York magazine fired all the women over the age of 40  by fax. Most of them had been there from Day 1. Good times!