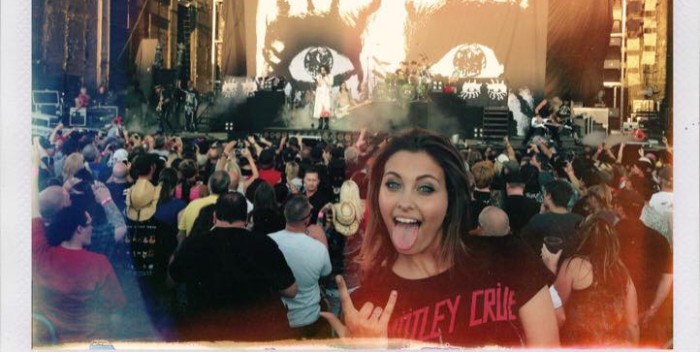 Paris Jackson is back on Twitter. It will be two years ago on June 4th that Michael Jackson’s then 15 year old daughter posted an ominous message after a series of undetected warnings that her jaunty, prodigious messages were a facade for a troubled teen. There were rumors that she tried to commit suicide. Paris was packed off to private school in Utah.

At the time, her Twitter account had ballooned up to 1.24 million followers. Many of them had joined up two years earlier when Paris led the public movement to find her grandmother and guardian, Katherine Jackson, whom she feared had been “kidnapped” by Michael’s siblings. Paris was precocious so when she posted a sad quote from Paul McCartney’s “Yesterday” no one took notice that something was wrong.

yesterday , all my troubles seemed so far away now it looks as though they're here to stay

But now Paris is back. She came back on February 11th, with a new unverified account and handle. She’s grown up into a beautiful young woman. She’s smart, and savvy. At the time she was sent to boarding school, Paris had lined up a Hollywood agent and made a deal to voice an animated movie. For age 14, she was a little out of control. Now her Twitter and Facebook accounts indicate that she knows what she’s doing, and taking it slow. She “only” has 300 followers. Smart. She does seem obsessed with her boyfriend, who is older, calling him her “hubby.” Take it slow, Paris.

Here’s what she wrote back on Feb 11th. Cool: