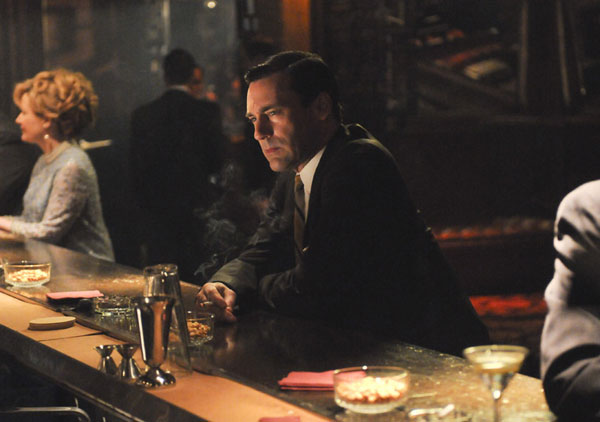 Mad Men’s penultimate episode was actually, I think, the final episode. Don completed a circle, and let a kid that reminded him of himself go free. Pete finally found the pot at the end of the rainbow. Sally came to an understanding of her mother, Betty.

And by doing it this way, I think Matt Weiner signaled us that we saw of Peggy and Joan last week was their ending, too. Joan got her money and married her guy. Peggy came to McCann Erickson swinging for the fences. Roger…well, we know he’s with Megan’s mother, and his life is not about change.

So the shocker is that Betty will die of lung cancer. I don’t think we see her again, either. That Sally read her letter now tells us everything we need to know. And though Betty was an enigma to her kids, the letter left a lump in the throat.

And the other shocker is that Pete, privileged, an asshole, instead of getting a comeuppance, wins. Pete won, kids. Life is very unfair.

If I had to guess, I’d say next week’s finale is a jump forward in time, maybe a reunion in the future. It does seem like Don is going home now. Maybe his story is that he started over and was bigger than ever. But what’s done is done.

Tonight’s episode is a head scratcher. Weiner is not going to wrap the show up with a ribbon, with everyone shaking hands, admitting their failures and finding happiness. Life isn’t like that. There won’t be a big hug a la “Mary Tyler Moore.” The climax of the show– and maybe the true end– was Don taking the kids to see the brothel where he grew up. Everything else has been gravy.

The episode ends with Buddy Holly singing the lightest song of all the episodes: “Everyday.” A signal because of Buddy’s death? Maybe, conspirators. More like a tip of the hat back to the beginning. But I think it could be just a signal that ‘that’s that.’ It’s a simple end to a complicated story.