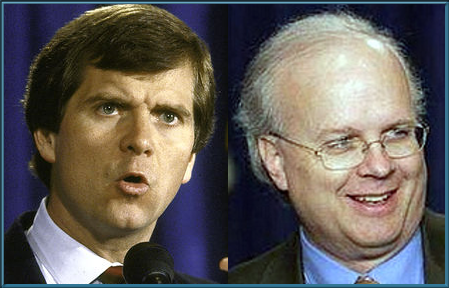 Republican icons Karl Rove ( whom I think of as Dr. Evil) and Lee Atwater (who was a nice guy actually despite his politics) are about to be preserved for history in a new a movie called “Young Americans” starring Daniel “Harry Potter” Radcliffe and Dane DeHaan, one of my pics for hottest up and coming actor. The lovely Amanda Seyfried co-stars. John Krokidas (“Kill Your Darlings,” which also starred Radcliffe and DeHaan) is directing from a sought after script by Wes Jones.

When they were college kids, Rove and Atwater apparently took a road trip in the South causing political mayhem. From the press release:

YOUNG AMERICANS is a buddy movie about two college students on a cross-country road trip, tarnishing the American dream one state at a time. Based on true events from the 70’s, the story finds a straight-laced and ambitious student, KARL ROVE (Dane Dehaan), running for the head of the College Republicans under the guidance of the free-wheeling LEE ATWATER (Daniel Radcliffe), who takes Karl on a wild road-trip through the South all the way to the White House in a crash course of dirty tricks and politics. The trip becomes more exciting and complicated for the guys when they meet KATE KING (Amanda Seyfried), a young political femme fatale who secretly threatens to beat the boys at their own game.

I don’t know what Rove– who is capable 0f anything– and Atwater, who is beloved since his untimely death in 1991 at age 40, did on that trip. But this movie will be an instant hot button in political circles. I’m surprised Rove hasn’t tried to stop it or undermine it yet. Hold on, because this is going to be interesting. StarStream Media and XYZ Films will be selling the film in Cannes at the Marche to international buyers. Thank goodness you need a special pass to get in there.