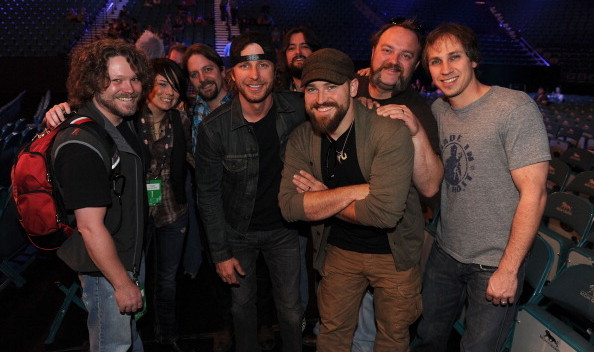 Zac Brown Band was a staple for years at Warner Music’s Atlantic Records. Even when Edgar Bronfman Jr and Lyor Cohen were busy pillaging the company, Zac Brown came through for them with hit after hit. When the company was sold of Len Blavatnik’s group, it was Zac Brown that reliably put Warner Bros./Atlantic on the charts week after week.

But in January, Zac Brown defected to Republic Records at Universal Music Group. Not only that: he went to Scott Borchetta’s Big Machine, which put together a custom label with designer John Varvatos. Now today this latter consortium can pop Champagne corks as Zac Brown Band’s new album “Jekyll + Hyde” enters the charts at number 1 with 231,802 total copies sold. The label is now Southern Ground/Varvatos/Republic.

The sad irony is that Warners finishes a distant second with Josh Groban’s new collection called “Stages,” with 152,497. Warners takes number 3 also with the “Furious 7” soundtrack but then really different Universal albums, and releases from Columbia and RCA fill out the chart.

How Warners let Zac Brown go is beyond me. It’s not like there’s no life left in them. There’s plenty, obviously, if they’re debuting with that many copies.

I kinda feel bad for Warner/Atlantic.