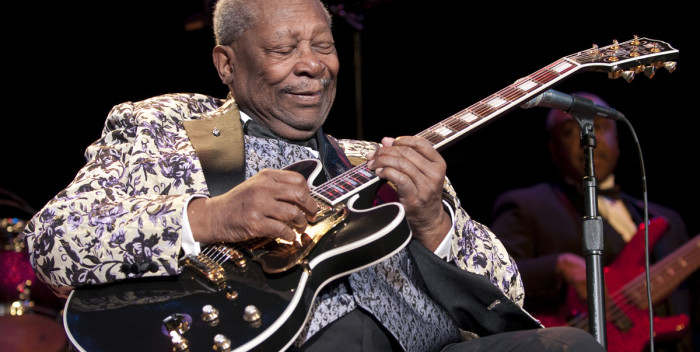 Sad sad news: after losing Ben E. King just two days ago. Now comes the news that B.B. King is in home hospice care in Nevada. His website has posted that statement after CNN’s Las Vegas station reported that King was rushed to the local hospital on Thursday for dehydration. The 89 year old legend has been ill health for some time after abruptly stopping a tour last October. A little more than year ago, B.B. was showing signs of fatigue and ill health on the road after a lifetime of brilliant performances.

Why keep going at age 89? He loves the music but the real reason all older stars are on the road night after night is money. Performers who didn’t write their own music are not paid for radio plays. Only the authors of music are paid. So all your favorite musicians who recorded traditional blues or covered other people’s songs are basically out of luck. They have been since the start of the popular music era in 1954.

You could say that BB King has worked himself to death. We are sending him and his family prayers. He has made an incalculable contribution to the culture of the world.

Riley B. King was born in rural Mississippi on September 16, 1925. Frank Sinatra was his hero.