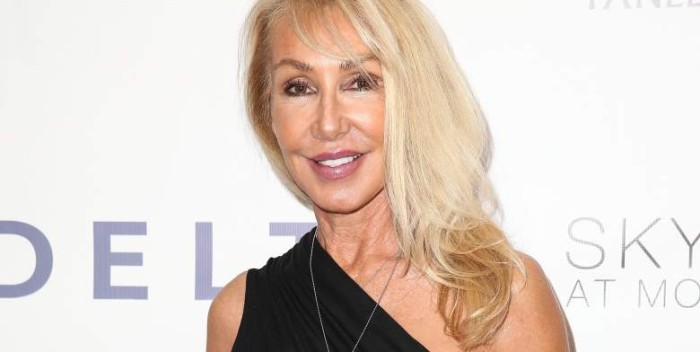 Linda Thompson Foster, Bruce Jenner’s second wife, knew from during their marriage that her husband “identified as a woman.” Thompson writes in The Huffington Post today that Jenner told her the whole story while they were married. They went to counseling and ultimately divorced because of it.

I’ve known Linda for many years and she’s always kept Jenner’s secret. Back in February I ran into her during Oscar week. When I asked if she knew what was going on, she said she had no idea. I don’t blame her for answering that way. She was being loyal to the father of her two sons.

As it turns out, she says that after her divorce, she told her sons, Brody and Brandon, the truth so they would understand their father. Linda writes that Bruce, who’d gone on to marry Kris Kardashian and have two daughters, was not an attentive father.

No birthday cards or phone calls, no “Merry Christmas,” no “Everything OK?” after the big Northridge earthquake. Brandon and Brody will never have those “Hallmark memories” of father-and-son moments. They were saddened by his lack of participation in their lives, and my heart ached for them. When Brandon asked me, “Mom, what kind of a father doesn’t come to his son’s graduation?” I meekly replied, “Honey, your dad may have been the world’s greatest athlete physically, but emotionally, you have to view him in a wheelchair. If he had emotional legs, he’d get up and walk to you, but he just doesn’t right now. Just try to understand him, love and forgive him.”

Thompson also possibly reveals the name Jenner has chosen for his life as a woman. It’s Heather. Around that time Bruce considered traveling out of the country, possibly to Denmark, to have the gender-confirmation surgery and then come back to the U.S. identifying as female. I asked Bruce, “What about the children?” He thought maybe he could reenter their lives as “Aunt Heather.”

Linda writes in her piece today exactly what just about everyone is thinking: even if you don’t understand all this at first, you do get the pain Jenner has lived with all his life. We finally understand why he had all that plastic surgery to make himself look different in the mirror. It wasn’t for the public, it was for him.

Linda doesn’t say who helped her write the essay (she obviously had a ghost writer), how much she was paid or how long she’d been working on it. But it’s an honest piece of writing, and to be commended.