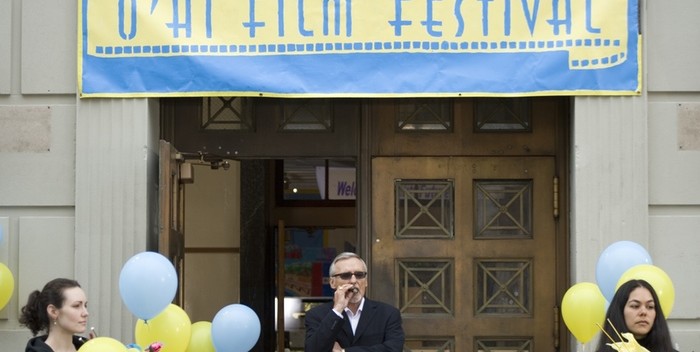 Listen up, everyone. My old pal Linda Yellen, who’s made so many great movies for cinema and TV, has taken to Kickstart for an unusual project. She wants to release Dennis Hopper’s last movie, “The Last Film Festival” with Dennis and Jackie Bisset. It’s terrific– I’ve seen it– and we need to help her get it out there. Dennis was a hero of so many people. Jackie Bisset is one of our best actresses ever. It’s well worth it!

Linda writes: “A number of years ago I was lucky enough to meet Dennis at the legendary Sundance Film Festival. We spent a lot of time laughing at the excitement, extravagance, and chaos of it all. Sundance is simply one of the best film festivals in the world, and I wondered what the worst would be like? Dennis turned to me and said “that’s a great idea kid, you write the script and I’ll do it.” And he did!

Dennis Hopper has long been a hero of mine. He changed the face of independent filmmaking for generations to come with his groundbreaking and wildly successful film, Easy Rider, and gave fearless performances whether playing rebels in Apocalypse Now, Rebel Without A Cause and Giant, or villains in True Romance, Blue Velvet and Speed. He was always convincing and unforgettable.”