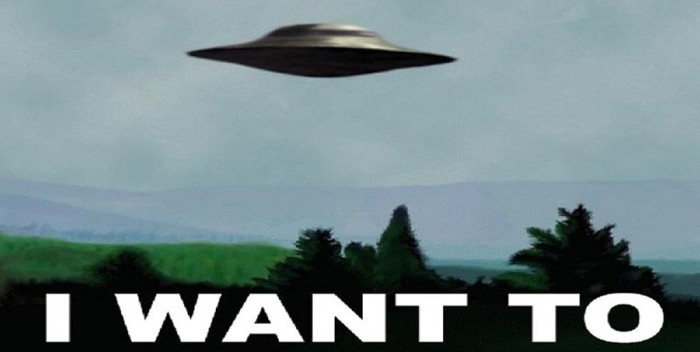 MARCH 24TH: Fox has confirmed “X Files” is on. New eps will commence.

MARCH 20TH The truth is out there. So are Mulder and Scully. In the UK my friend Baz Bamigboye has some earth shattering news for fans of “The X Files.” He reports that the show is probably coming back with six new episodes for Fox. Baz interviewed Gillian Anderson, aka Scully, for his popular weekly column in the UK Daily Mail. He writes:

“…if intense negotiations can be finalised soon, then filming of six episodes of the very last look at the X-Files, the sci-fi show that launched [Anderson] and David Duchnovny 22 years ago, could be under way as early as June.

Writers who worked on the original series have been asked to contribute. ‘The idea is to get the old gang back, have some fun and get a bit of closure for us and the audience,’ she told me.”

I can’t remember where “The X Files” is now plot-wise. Do Mulder and Scully have an alien child by now? Do they lie on Mars? Did the smoking man die of lung cancer? Did Mulder’s sister come back? Please, fans, fill me in! I used to love this show.