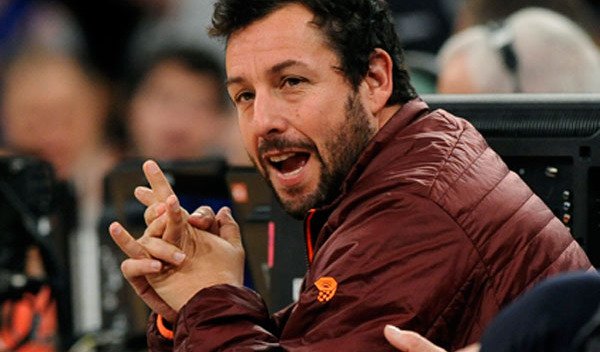 UPDATE: Sorry. Like “Serena” with Bradley Cooper and Jennifer Lawrence, “The Cobbler” is just playing on VOD and Amazon Prime. So bad they weren’t allowed in theaters. There will be no box office for “The Cobbler.” The shoe didn’t fit.

EARLIER: What can you say about Adam Sandler? He’s headed to Netflix for a reason. In movie theaters, he is poison. Today he opens in “The Cobbler,” which has an 8% rating on rottentomatoes so far — 36 negative reviews, 3 positive. This follows “Men, Women and Children” and “Blended” in his latest run of bad movies. And those follow “Jack and Jill,” “That’s My Boy” and other horror films.

This is in addition to the crap he’s produced, like “Bucky Larson” and “Here Comes the Boom.” Sandler is largely a purveyor of junk, hoping that it will catch on among a mentally handicapped crowd and bring him some good studio money. But the party may be over.

All that’s really left of Sandler theatrically is “Grown Ups” movies– and the title of course is ironic. The title of that series should be adults acting like very slow, stupid children.

The irony of “The Cobbler” is that was directed and polished by Tom McCarthy who until now has just made wonderful movies like “Win Win,” “The Visitor,” and “The Station Agent.” But it’s really the Sandler curse. McCarthy will be back. Sandler will yuck it up in people’s homes from now on.