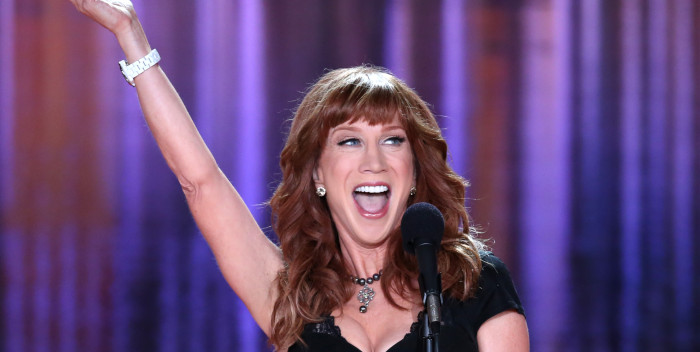 Kathy Griffin has left E’s “Fashion Police” after 7 episodes. She was supposed to be Joan Rivers’ successor. But Kelly Osbourne, who was close to Joan, has also left. This all may have to do with the stupid comment made by Giuliana Rancic a few weeks ago. Or may it have do with E! and the fact that they have not gotten rid of the people who let the comment happen.

Rancic looked at Disney star Zendaya on the red carpet at the Oscars and said she probably smelled of “weed” or “patchouli.” It’s a racist comment, and horrible. Would Joan Rivers have tried it? I don’t think so. I think she would have said the girl looked stunning. Rancic may have been trying for a Rivers-like barb, and was too stupid to pull it off.

Anyway, the Zendaya incident is the undoing of “Fashion Police,” a show, I have to say, I have never watched and know little about. Maybe they can find some more Kardashians to fill in.

Here’s what Kathy posted to Twitter. You’ll notice no mention of Melissa Rivers. This is telling. 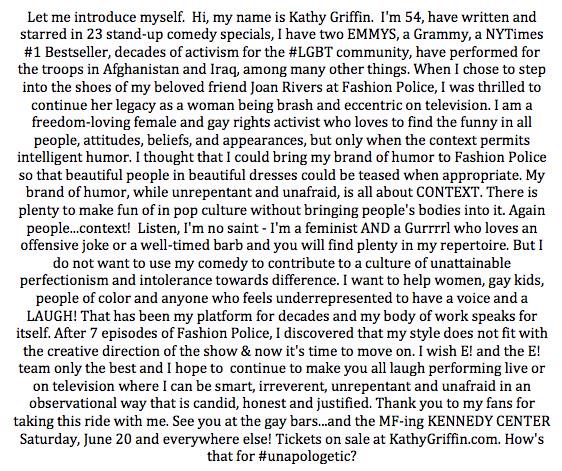