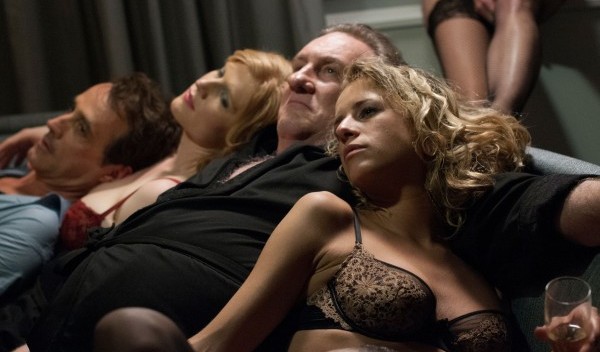 Taylor Swift sings “Welcome to New York.” But she will want her song off the air the week of March 27th. That’s when Abel Ferrara’s “Welcome to New York” opens here and on VOD. A great performance by Jacqueline Bisset as the put upon wife of a Dominique Strauss-Kahn character is featured. Gerard Depardieu is way over the top in an X rated orgy seguene that starts the film and lasts about 20 minutes– this was the version I saw in Cannes last year. Who knows what they’ve changed? The film is now rated R, as in relief from the X version. The movie has little do with with the actual DSK case and doesn’t really make sense, but at least it causes a sensation. It’s timed to the publicity for Kahn’s ex-wife’s book– Anne Sinclair’s memoir about growing up with a lot of art around her. Be advised: you’ll see more of Depardieu than you ever wanted. You can hum Taylor’s song to yourself or sing out loud.