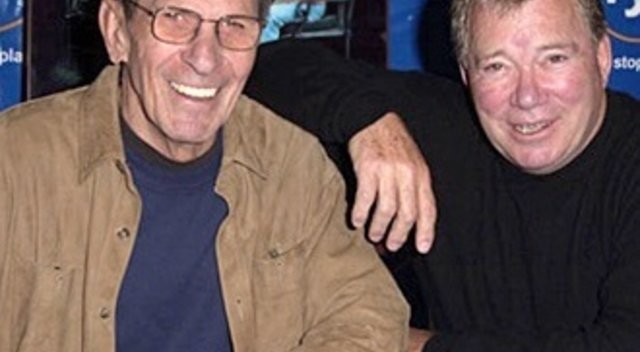 Well, it looks like William Shatner had a great time in Palm Beach last night at the International Red Cross Ball. He mixed and mingled with co-hosts Shirley MacLaine and Wayne Newton, chatted with the press about Leonard Nimoy, and promoted Priceline.

He also said that he’d used Priceline to get flights to West Palm Beach. (If you believe this, you also think it’s 82 degrees today in New York.)  He said: “I hold Priceline as a banner whenever I travel because you get some great seats, great cars (and) great hotels from Priceline.”

Shatner will not be attending the funeral of his co-star Leonard Nimoy, with whom he has been associated in fame and fortune since 1967. He said earlier “I feel really awful” about it. Nimoy, who went into the hospital last week, died on Friday.

Everyone mourns in their own way. Actor Eric Roberts attended the Oscars three days after his mother died last week. And when Michael Jackson died, his father attended the BET Awards a couple of day later with a Jackson impersonator.