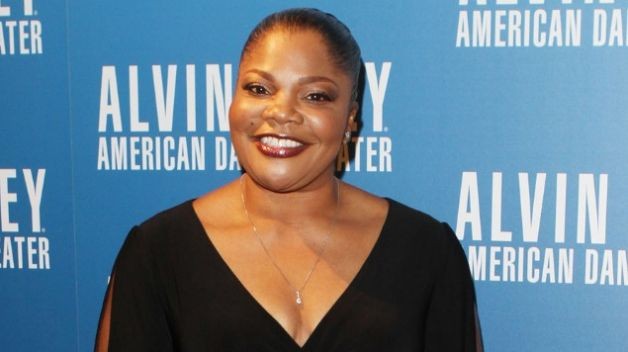 Mo’Nique won the Oscar for “Precious” in 2010 and then vanished. She’s blaming Hollywood. She says she was blackballed. She is completely incorrect. She blackballed herself. During the “Precious” Oscar campaign Mo’Nique thumbed her nose at the process. She demanded to be paid for promotional appearances. She didn’t turn up to accept other awards. She showed absolute disdain for everyone and everything associated with the process. She says in her interview with The Hollywood Reporter that “Precious” director Lee Daniels told her she was blackballed in a phone conversation. He insists to to me that this isn’t true. “I told her she was having trouble because of the way she behaved during Precious.”

During the “Precious” campaign, Mo’Nique had a syndicated late night talk show. It was one of the worst calamities in the history of TV. One night she had former nominees Taraji P. Henson and Terrence Howard on as guests. The talk turned to Oscar, and this is a transcript of what went on:

Mo’Nique: “What are you campaigning for, though? That’s what I need to understand.”

Howard: “Well, a lot of people will not have seen your work, even if it’s the most stellar of work…

Henson: “It’s also really just about raising the awareness of who Mo’Nique is because, you know, we have our fans, and then there are so many people that still don’t know, and we need them to know.”

Mo’Nique: “We do need them to know. I guess that my feeling is just different in reference to this campaigning. I’m really trying to understand it… Because when they say ‘campaign,’ I’m like, ‘Well, wait a minute. President Barack Obama had to campaign ‘cuz he had something to prove: that he could do it. Well, the performance is on the screen! So at what point am I still trying to prove something?'”

Howard: “You say you finished!”

Howard: “You have to prove your artistic nature to everyone that’s around you in order for them to be your supporters. Because your fans here aren’t necessarily the members of the Academy. It’s reaching that whole other group of people-“

Henson: “-that’s not even aware of who Mo’Nique is, who haven’t followed you throughout your career, you know? And you may not even care about them; you may just only care about your fans.” […]

Mo’Nique: “Now let me ask y’all this, because I know y’all are gonna school me correctly: What does it mean financially?

When she finished the last question, both guests’ mouths dropped open. It was clear that this woman had one thing on her mind and had no concept of what was going on. She was coarse, shallow, and offensive. That she even got the Oscar is amazing. She deserved it, yes. But it took the Academy to overlook her behavior. They judged the performance. But that doesn’t mean that producers and directors want to get involved with this situation again.