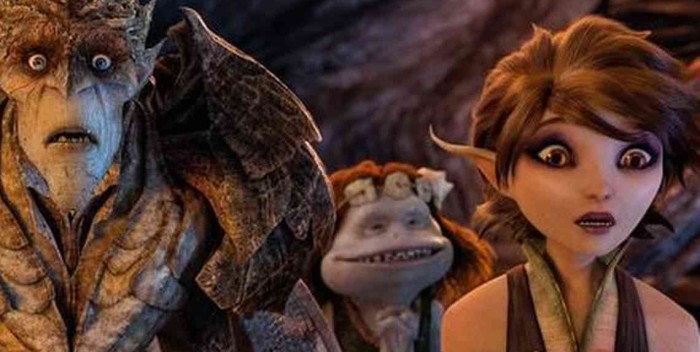 Every year, Disney has just one big failure among their 17 or so releases. (That’s a pretty good rate.) And this year it’s “Strange Magic,” the animated film that went wrong. “Magic” will end up with less than $13 million in total box office. Right now, with less than $12 mil, it ranks at around number 46o on Disney’s all time box office list.

It’s not like the Mouse House is in trouble. “Guardians of the Galaxy” has set records, and “Into the Woods” has done very, very well. But “Magic” was supposed to be a George Lucas project that would be a tentpole. LucasFilm worked on it for 15 years, with Lucas producing and Gary Rydstrom directing. Things went so wrong in the production that when it came time to promote “Magic” Lucas disavowed it, and chaos ensued.

That miserable ranking is even worse because it’s animated. “Magic” is probably Disney’s biggest ever animation failure and just about the lowest box office for any animated film. When the film opened it had the lowest opening weekend for a movie in wide release.