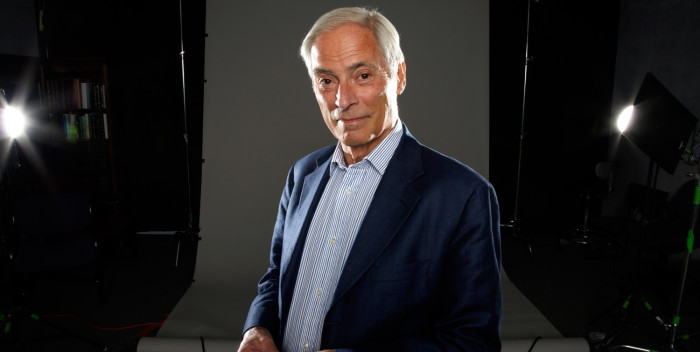 One of the great newsman in TV history, Bob Simon of “60 Minutes” fame, died tonight in a car accident on the West Side Highway. He was 73. Simon was going downtown in a livery car when another car t-boned the vehicle he was in.

Well, it’s just tragic that while all this hideous crap is going on with Brian Williams and people saying they don’t believe the news, an actual great journalist dies this way. Bob Simon was the real thing, a war correspondent who really did risk life and limb around the world. He and his crew were even captured in Iraq in 1991 at the start of the first Gulf War. He spent 40 days in Iraqi prisons.

Bob– who I knew enough that I was in awe of him– won 27 Emmy Awards. According to Wikipedia, from 1964 to 1967, Simon served as an American Foreign Service officer and was a Fulbright Scholar in France and a Woodrow Wilson scholar. He then went to a stellar career at CBS, his only employer for the last 40 plus years. He was among the last of the real newsmen that carried on the tradition of Edward R. Murrow and Walter Cronkite.

Bob’s butterscotch voice will forever resound. He was a gracious, lovely man. This is a real tragedy and loss.

Condolences to his wife Francoise, his family and friends around the world.