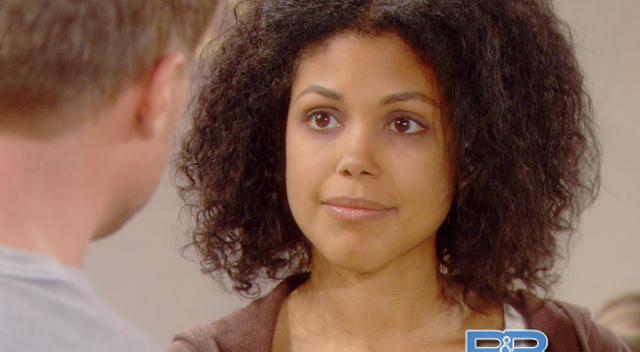 “The Bold and the Beautiful” is a CBS soap opera without a political thought in its head. It’s all about fashionistas in L.A. who sleep with each other. But it’s also owned and run by Brad Bell, son of soap pioneers Lee Phillip Bell and the late great William Bell. Brad’s wife, Colleen, is a big time Obama bundler and Democratic Party fundraiser who was recently made US Ambassador to Hungary.

In the Hollywood circuit of fundraising, the Bells are tight with another couple: Netflix chief Ted Sarandos and his wife Nicole Avant. And now, as I’ve learned, Nicole Avant is a character on “The Bold and the Beautiful.” How do you like that? The soap has introduced a beautiful young black woman with exactly that name as the sister of an existing Avant. Yes, the Avant family has already been living in the “B&B” world.

The faux Nicole Avant has a lot to live up to: the real Nicole Avant is the former US Ambassador to the Bahamas. She’s raised millions for Obama and the Democrats. She’s also one of the nicest people in Tinseltown.
Real Nicole is also the daughter of very popular legendary record biz force Clarence Avant. Among Clarence’s many achievements was the founding of the short lived and briefly successful Sussex Records in the early 1970s. Sussex had many hits with Bill Withers (Ain’t No Sunshine, Lovely Day, etc), Dennis Coffey (Scorpio), and Gallery (Nice to Be with You).

Will fake Nicole and her sister suddenly have a father named Clarence, who’s in the music business? Stay tuned. On a soap, anything can happen!