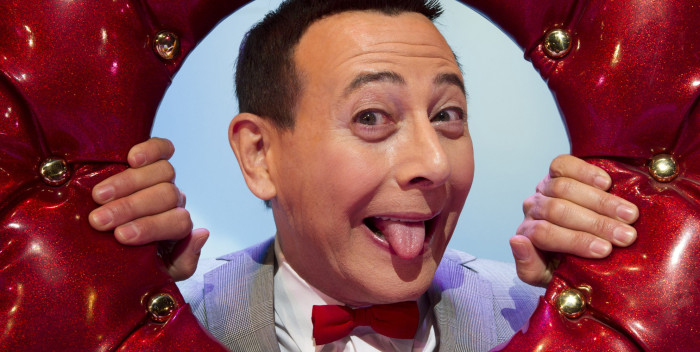 Pee Wee Herman is back! Sources tell me Paul Reubens is rounding up his old crew and casting for new some friends in his first feature film in a long time. Netflix will be making and showing the film, another incursion by Ted Sarandos and co. into the world of movie theaters.

“Pee Wee’s Big Holiday” is produced by Judd Apatow, along with Paul Reubens. Executive Producers are Josh Church and Richard Vane. The movie is written by Reubens and Paul Rust, and directed by John Lee.

Some of the characters include Pepper and Freckles, described as pretty and tough girls in their late 20s – late 30s, who may also be bank robbers; Penny, an eccentric Katharine Hepburn type heiress. She’s described as “a bit of a throwback to old Connecticut money from the 30s or 40s and should have a big personality. And “Grizzly Bear”
a big bearded rugged Mountain man who has taken to the woods to live.

It’s a little interesting that Apatow, who is so fervent about Bill Cosby, has no issue with Reubens. But that can be debated later.

It’s been 30 years since “Pee Wee’s Big Adventure.” The sequel came out in 1988. Reubens has worked on and off for years, memorably on “Murphy Brown.” The time seems right to bring it all back, and a Netflix feature could lead to a series.