Wouldn’t it be great if Michael Jackson’s kids were in some scandals? Unfortunately, they’re not. They actually seem like they’re doing pretty well by the looks of things. Prince Jackson has been posting pictures to his Twitter account, mostly of snakes he keeps in his room. At one point, he jokes that his room is starting to look like “Jurassic Park.” Prince is 17, almost 18, and his photos are all marked by the same thing: he’s smiling. Widely. For a teenager, that’s a lot. Good for him.

Debbie Rowe recently posted two photos to Facebook, presumably that she’s taken or has been given. Prince and Paris’s mother posted one photo of Prince and Paris, and another of Blanket, also smiling, with a pet snake. Paris is smiling, too. It seems like everyone is relatively happy. Too bad for the tabloids! It’s nice to see that Debbie and all the kids are getting along so well. That’s what everyone wants for them, I’m sure. 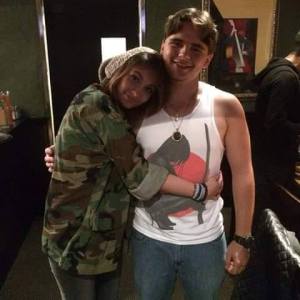 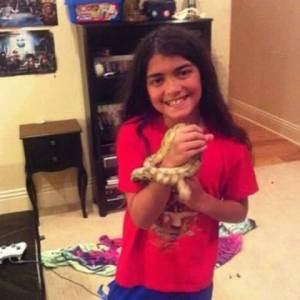