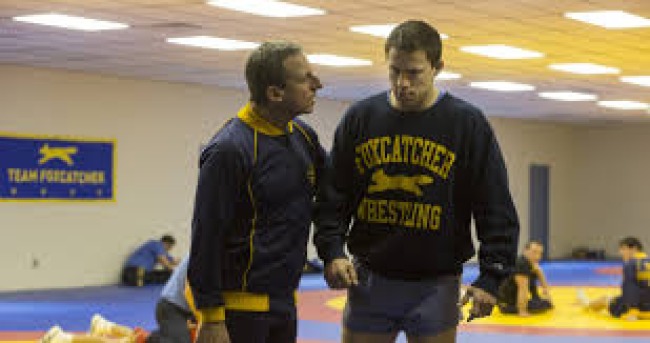 Mark Schultz is the Olympic wrestler whose story is told so brilliantly in Bennett Miller’s “Foxcatcher.” Since last May when “Foxcacther” opened to raves in Cannes, Schultz has been a steadfast supporter of the movie. That was until New Year’s Eve, when something unspecified– maybe a crazy review– sent him over the edge. Schultz of all a sudden started Tweeting that he hated the film, Miller, and everything about it. The rant was quite extraordinary  and maybe tied to the November publication of his book, also called “Foxcatcher.” Schultz may have been looking for publicity.

“My story and my life are real. I am a real human being. While I may have tweeted out of anger, I in no way regret standing up for myself, nor do I regret calling out the only other man who has had decision making power concerning my image and legacy these past years. I apologize for the harshness of my language, but I am firm in where I stand. I will gladly go to any lengths to protect and safeguard the integrity and truth of my story, my life, my character and my legacy. If that’s not worth fighting over while I’m still alive, I don’t know what is.”

“Foxcatcher” is a tremendous film, and much praised by critics. Schultz can only be happy with his depiction by Channing Tatum, who portrayed him as humble, loyal, and dedicated. The movie itself should be a Best Picture nominee, Miller should be nominated for Best Director, and actors Steve Carell, Mark Ruffalo and Tatum are all standouts. So is Sienna Miller, as the wife of Dave Schultz, who was murdered by John DuPont, played so exceptionally well by Carell.

Schultz’s behavior is odd since he went everywhere with the “Foxcatcher” crowd, to every event, in black tie, proclaiming how much he loved the film. Evidence of this is all over the internet. But the movie has been a disappointment at the box office and Schultz– perhaps stirred by a ridiculous review in a minor publication– may be second guessing his judgment. Or he impulse-Tweeted after too much Auld Lang Syne.