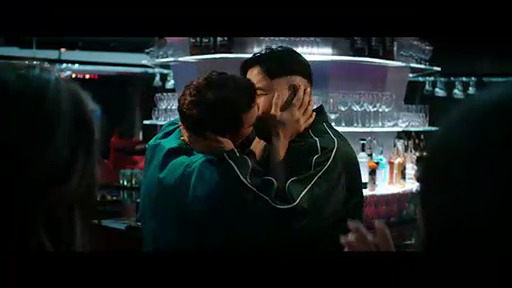 “Do you pee and poo?” This is a conversation between Kim Jung Un and Dave Skylark, played by James franco, in “The Interview.” Kim reassures Dave– while they drink margaritas after shooting hoops– that he is human. “So you have a butt hole?” Kim: “I have a butt hole, and it’s working over time.”

As I am now watching my $5.99 download of the film, I’m picking things out. Frist of all, yes Brian Williams, Scott Pelley and a slew of news people conclude that Kim is the modern Hitler. “A lot of people say you’re bat shit crazy,” Skylark offers. “They’re not wrong,” responds Kim. “They called me incompetent.” 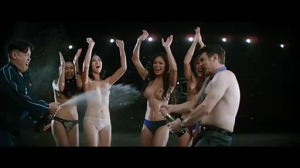 I’ve got to say something here– the movie is very funny. It’s completely outrageous. Franco is very very good as Dave Skylark. And I already had a crush on Lizzy Caplan. Randall Park is wickedly on point. But why did Rogen use the actual name Kim Jong Un and the real country? A made up name would have been just as funny. There are comparisons to “Borat.” He used Kazakhstan. But they aren’t a nuclear threat with a crazy dictator.  Otherwise, audiences should howl while looking over their shoulders for terrorists. A great movie to watch at home, frankly. Perfect for VOD.

Is there any precedent for mocking a dictator? Sure. Charlie Chaplin, Mel Brooks and Quentin Tarantino have had their fun with Hitler. But we won the war. Hitler is dead. Fifty, sixty years had passed. Kim Jong Un is sitting there right now. Can he take a joke? Frankly, “The Interview” hips him up a lot. He may get more action now.