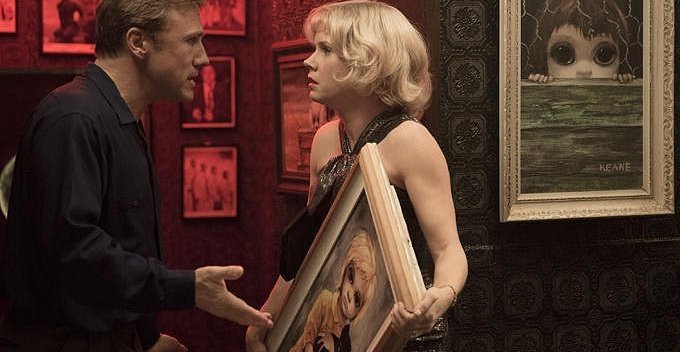 EXCLUSIVE Big night for Tim Burton’s “Big Eyes” as late Christmas carolers were led by golden-throated famed actor Paul Sorvino and pop star Michael Bolton. “Big Eyes” costar Amy Adams egged them on with “Beautiful” Tony winner Jesse Mueller. It was the end of a great premiere with Christoph Waltz and legendary artist Margaret Keane, who told me she’s still painting every day. Co-star Jason Schwartzman kept busy by going out to the corner, buying hot pretzels and chestnuts from a street vendor, coming back and offering them to guests on a silver tray. Hey, why not? (Photo below c2014 Showbiz411.) 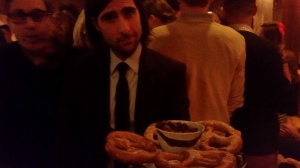 Amy’s Amazonian agent didn’t understand that this would be good press and stopped me from filming after a couple of songs. But Amy’s a doll, it was great to see her and non-husband (life partner, baby daddy, actor-director) Darren. Amy and Jesse are pals from doing “Into the Woods” together two summers ago in Central Park. Sorvino, of course, is a beloved NY figure and actor from “GoodFellas” and “That Championship Season” among others. His famous daughter is Oscar winner Mira Sorvino. Paul is infamous for breaking out in operatic song to the delight of many. Before these carols he was singing away from across the room, entertaining the crowd at the Weinstein company party at Larry Gagosian’s boite under his Madison Avenue gallery.

“Big Eyes” opens Christmas Day, and is must-see. Margaret Keane told me the real trial seen in the film went on for four weeks! She got the last laugh.