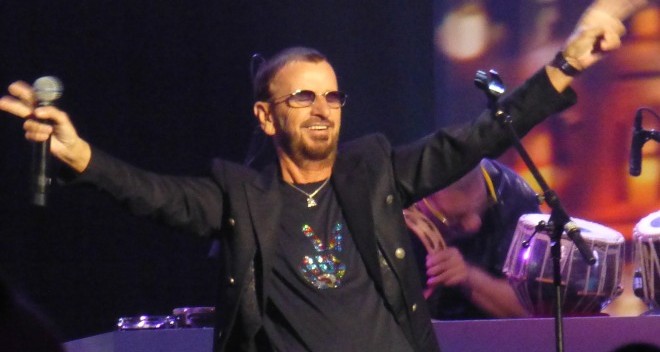 The Rock and Roll Hall of Fame is a joke at this point, so what the heck. For years they couldn’t get Ringo Starr in as a solo act. The three other Beatles are all in. Pressure was brought to bear, and now Ringo is getting a special never before given Lifetime Achievement Award. Well, no one’s denying Ringo anything; he’s Ringo.

But this shows how Jann Wenner runs this lawless group. God bless Ringo. What Wenner wants is Paul McCartney to show up and jam with Ringo so they can have something to peddle for their TV show. I hope Paul and Ringo extract a big donation from the Rock Hall Foundation (millions in assets) for a favorite charity in exchange for their participation.

The voted in inductees are Lou Reed, Green Day, Stevie Ray Vaughan and Double Trouble, Joan Jett and the Blackhearts, Bill Withers and the Paul Butterfield Blues Band. The Rock Hall is right on time, as usual: Reed, Vaughn, and Butterfield are all dead.

The Hall also is giving The 5 Royales a special award under “Early Influencers.” The doo wop group has been on the ballot for about 25 years and could never get voted in. Seymour Stein has always been in their corner. Three years ago, Steve Cropper– guitarist for Booker T and the MJs, studio sideman for groups like Sam & Dave– put together a tribute album to the group. That may have pushed it over.

Snubbed again is Sting, whose long solo career began in 1985. He also has his Broadway musical. This would have been the year to induct him (he’s already in with the Police). It’s really shameful this hasn’t already happened. Nile Rodgers and Chic were also denied entrance even though Rodgers was more a part of pop music success in the year (with Daft Punk) than ever.