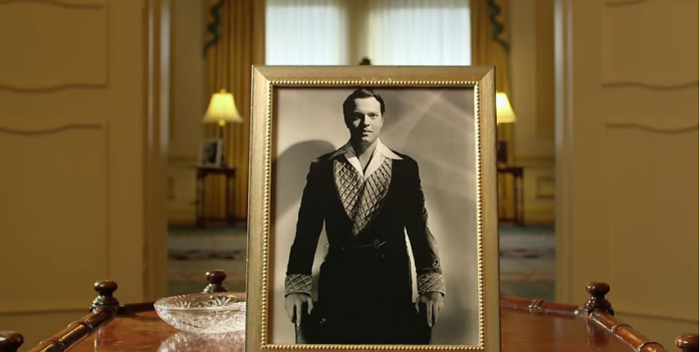 “Magician: The Astonishing Life and Work of Orson Welles” opens today and this weekend around the country. Chuck Workman, better known for his own astonishing archival projects, made the film about genius Welles because- -he had to, that’s all. Chuck, if you don’t know, edits all the clip packages for the Oscars, edits the Academy Awards show, and makes his own films. He’s the Citizen Kane of clips. (I don’t know what that means but it sounds good.)

“Magician,” like “Red Army” and a few others, didn’t make the Oscar shortlist this year. But it’s more than well-worth seeing. Welles died in the mid-80s. He seemed old then and seems old now. He’s mythic. That’s why it’s surprising to know his daughter, Chris Welles, is 76 and has lived in downtown Manhattan for 40 years. Welles had three girls, each with a different wife. His second daughter, by Hollywood icon Rita Hayworth, died a few years ago. His other living daughter, Beatrice, I gather lives in Europe and is not happy about “Magician.” (She couldn’t control it. That’s what makes it a documentary.)

But she should be. There’s nothing derogatory about her mother. Workman simply tells Welles’ story. The director was 26 and new to Hollywood when he made his first film, “Citizen Kane.” Imagine that his first film is considered the greatest cinematic achievement of all time. Now what? Welles battled excesses, battled himself, and the studios for the rest of his life.

The fact is, he was a genius, outsized and well beyond anything we have today. “Magician” is kind of a must-see for anyone interested in film. It’s incredibly entertaining, and fills in some major blanks — this is stuff than can’t be found on Wikipedia.