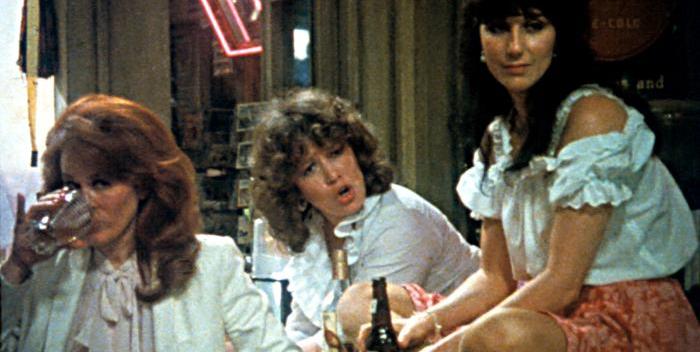 Robert Altman, one of the top tier great American film director and auteurs, is now having a massive retrospective at the Museum of Modern Art. It kicked off last night with his 1982 adaptation of “Come Back to the Five and Dime, Jimmy Dean, Jimmy Dean.” Altman directed the play on Broadway nefore filming with with Sandy Dennis and Karen Black in main roles. He added then newcomers Cher and Kathy Bates. The festival goes on through January with loads of Altman gold from “MASH” to “The Player,” “Short Cuts,” “The Long Goodbye,” “McCabe and Mrs. Miller,” “A Wedding,” all the films plus all the shorts and Altman’s TV work on shows like “Bonanza” and “Combat!”

On December 19th, MoMA will show “Nashville,” Altman’s masterwork, after a book signing with his widow, the amazing Kathryn Reed Altman. She’s signing a new book made just for this show and I can’t wait to buy a copy. In January MoMA will finish up with Ron Mann’s excellent documentary, called “Altman,” which Epix broadcast last summer.

Watching “Jimmy Dean” was like a master class. It’s not among the Altman “A” pictures. But it’s really stunning to see how he moves the camera, works with light and darkness, and fades back and forth from past to present and back.  You also see how he takes this sort of dreamy story and reworks it so it becomes at one point all-engrossing.

Karen Black and Sandy Dennis turn in two of their finest performances. And Cher is remarkable– here she is with her original face and teeth. She’s sensational– real and right in the moment.  She went from there to “Silkwood,” “Mask.,” and “Moonstruck” and an Oscar. Altman saw what she had in her.

If you want to find me from December 17th to the end of the year, check MoMA’s schedule.