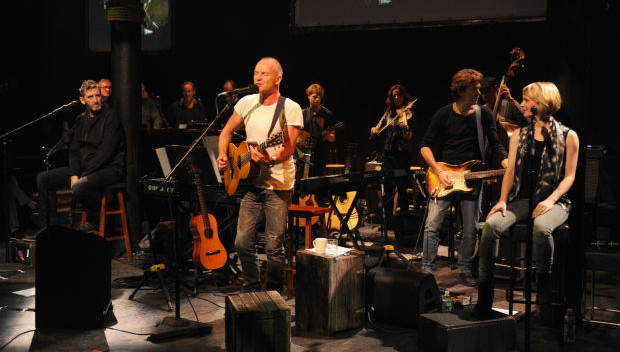 Sting performed in his first Macys Thanksgiving Parade this morning– showing off a big, reworked number from his Broadway musical “The Last Ship.” And wow– what a lot of work was involved to re-choreograph and re-record the very catchy “Show Some Respect” bar scene. Right now in the show, the number features Rachel Tucker and Sally Ann Triplett, with Jimmy Nail. For the parade, the number has been changed to feature Sting, who joins the Broadway show on December 9th replacing Nail. But Sting, ever loyal, made sure Jimmy Nail was prominent in the parade version as well. As soon as the clip is available, I’ll add it below. My guess is a lot of Broadway tickets were sold this morning!

Here’s the PBS version in the meantime: