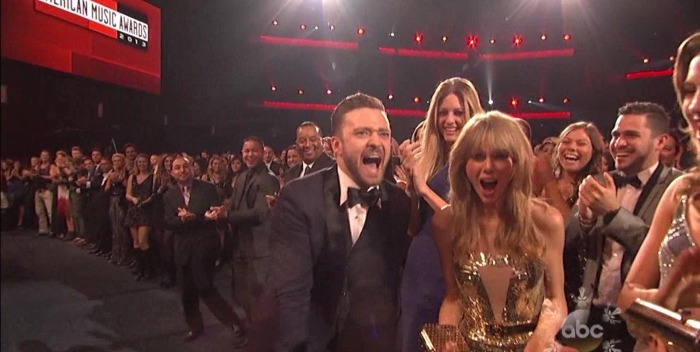 All the performers– none of which will now be allowed to perform on February’s Grammy show–were not enough to help beat shows like CBS’s “Madame Secretary” or “60 Minutes” and especially football on NBC. “The Good Wife” was a close second.

Interesting that the TV audience smelled “crass” with these awards. Not a single real moment, everything is calculated and scripted. There are no actual musicians involved, either. The AMAs are the West World of music. On to the Grammys in February!