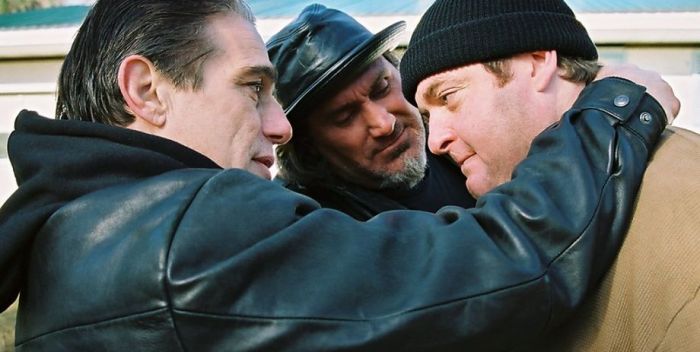 A decade after it was made, a movie called “Aftermath” is being released at the end of this month featuring Chris Penn. The brother of Sean and Michael Penn died in January 2006. He’s not even on the imdb cast list for this film, but he’s being touted in the press release and promo clip. The movie stars a much younger Anthony Michael Hall and a lot of people who are a decade older like Lily Rabe, Tony Danza, and Frank Whaley, who plays a character called Ray Donovan. Freestyle Releasing, exhumation experts, are sending “Aftermath” into the world for one week in New York and then Los Angeles probably before a DVD and cable launch. Chris Penn was a good actor who died much too soon. We’ll see how much he’s really in this movie….