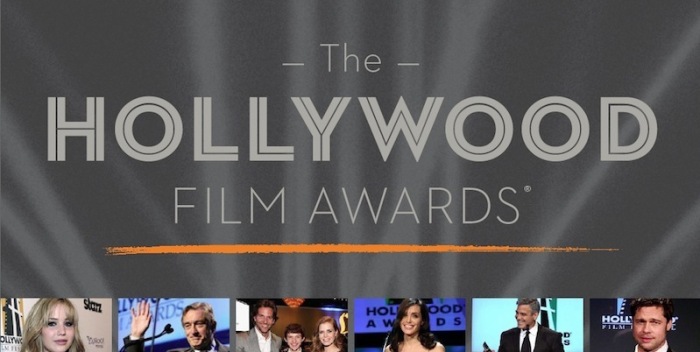 No one watched the Hollywood Film Awards last night, least of all young people. The show took 4.14 million total viewers. A half million of them were between 18 and 49 years old. All the stars who came weren’t enough of a draw. Not even Johnny Depp, drunk and making a fool of himself on national TV. People just weren’t interested in seeing a three hour commercial for Hollywood, with everyone up everyone else’s ass, heaping praise. Was the 12 person selection committee even invited? Who knows?

The Awards were the 7th highest rated show of the evening. They were beaten even by a show I’ve never heard of, called “Cristela.” Blimey.

A friend of mine who’s a TV expert says: “The numbers are awful……but even CBS will rationalize something, take another crack at this next year (unless there is a business scandal with the management of the show), fix it creatively, and see if year #2 is better creatively and on a rating basis.”

“In terms of total viewers, CBS gets about 7 million viewers with The Amazing Race from 8-9PM. Hawaii 5-0 gets close to 10 million viewers from 9-10PM and Blue Bloods gets 12 million viewers…….all before the integration of the DVR and delayed viewing numbers. CBS wins Friday consistently in terms of total viewers/eyeballs. They do no sell demos on Friday nights. If the  media is looking just at the demos, they are misunderstanding this project and its longer term value by looking purely at 18-49 demos. Just wrong in this context as the awards show generally have older appeal by nature (it is not the MTV awards, the AMA’s or the Grammys).”