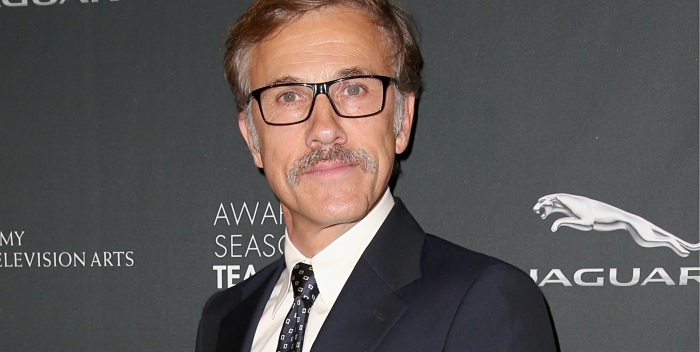 Confirmed: Christoph Waltz, a back to back Oscar winner, will play James Bond’s nemesis in the new 007 movie directed by Sam Mendes. And since Bond 24, as it is still known, is supposedly a two-parter with Bond 25, maybe Waltz will be in both movies. Stay tuned.

Baz Bamigboye broke this story in the Daily Mail a couple of days ago, but it still wasn’t totally confirmed. So I’ve picked up the pace in the US. And what a great idea! since Waltz came into our lives four years ago with “Inglorious Basterds,”  he’s become an overnight sensation. Next week he’s getting a star on the Hollywood Walk of Fame. Next month he opens in “Big Eyes,” directed by Tim Burton, with Amy Adams.

Last night “Big Eyes” opened to rapturous ovations at Film Independent’s LACMA screening in Hollywood. There’s already talk of a third Oscar nomination– and you know, when Waltz is nominated, he wins! He’s 2 for 2.

And what’s this character all about? “He is not a maniac, like Javier Bardem was in Skyfall,” says a source. “It seems he and James Bond may have a history. It’s very surprising and not just a crazy villain.”

Well, I should hope not! As a Nazi, Waltz waltzed into a French farmhouse in World War II, speaking German, and asked “May we speak English?” in Basterds. I mean, really. I bought an ink well because of him !