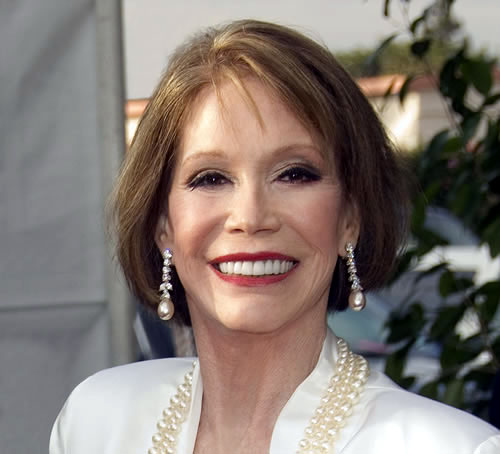 Mary Tyler Moore, the beloved actress, is alive and well in Connecticut, thanks. She’s thriving with her long time husband Dr. Robert Levine. MTM somehow trended over night on Yahoo as “Mary Tyler Moore death.” It was either a hoax or a bobbled interpolation of the death of an actor from her show, Richard Schaal. The 86 year old actor was married to Valerie Harper, who played Rhoda, during the MTM golden years. He was a droll, funny actor who had many memorable characters including Howard Arnell and his twin brother Paul, each of whom Mary dates– regrettably. Schaal will be sorely missed.

Also still dead is Chuckles the Clown. Cited as maybe the best of all the amazing “Mary Tyler Moore Show” episodes, “Chuckles Bites the Dust” remains absolutely stunning. David Lloyd–the famous father of “Modern Family” and “Frasier” writer Christopher Lloyd (not the Christopher Lloyd  from “Taxi,” another series written by David Lloyd)–wrote a show that should still get a Pulitzer Prize. It’s the high water mark for all TV comedies. Watch  it now without interruption. The mix of high and low humor, satire and philosophy is just beautiful.

And as Chuckles used to say: “A little song, a little dance, a little seltzer down your pants.”

I hope Mary Tyler Moore is having a great day.