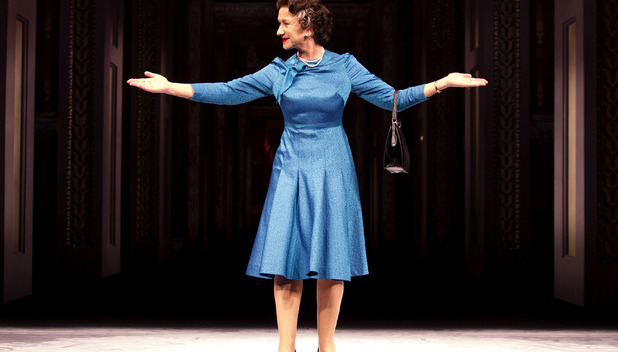 If you want to have lunch with “Billy Elliott” director Stephen Daldry, I’d say do it now. Very shortly he will be too busy to sit for a meal let alone make small talk.

Daldry will be directing two plays on Broadway this spring simultaneously– Helen Mirren in “The Audience” and Carey Mulligan and Bill Nighy in “Skylight.” One is original, the other a revival. Each is a hit import from London’s West End, where Daldry started them. The combination would seem overwhelming to anyone, but at least the two productions will be in New York, on Broadway.

Now Baz Bamigboye, the dean of London entertainment writers, reports this extraordinary turn of events in the UK Daily Mail: Daldry will direct a new version of “The Audience” in London just about at the same time, with Kristin Scott Thomas playing Queen Elizabeth II. Daldry says he and playwright Peter Morgan have “reimagined” the play, added Tony Blair as a character, and will launch KST in April, right around time for the Tony Awards deadline here in New York.

Maybe Daldry can make a new movie while he’s at it. He already has one, “Trash,” in the can, which hopefully we will see soon. More recently Daldry directed Kate Winslet to her Best Actress Oscar in “The Reader.” A couple of weeks ago, he moderated a panel discussion at a lunch for Eddie Redmayne and “The Theory of Everything.” Seriously. His secret: I’ve noticed that he wears sneakers.