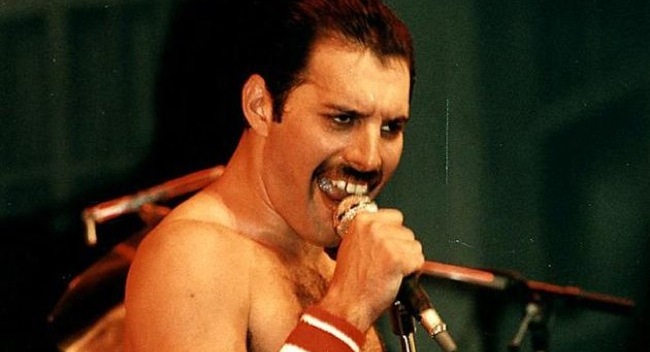 A bunch of people who don’t have music rights or anything else are trying to make a “Bowfinger” type short film about Freddie Mercury and Queen. It’s called “The Show Must Go On” and seems to be based on the story of Mary Austin, Freddie’s long time close friend and beneficiary. Someone named Daniel Keith has been selected to play Freddie. The 30 minute film is set to shoot on November 15th.

This is not the long in the planning Freddie Mercury film that was once supposed to star Sacha Baron Cohen and now might star Ben Whishaw. Archways Pictures US is supposedly the producer. Their website touts films you’ve never heard of, with titles like “Sins of Lambs” and “Texxas Jam” (two x’s, yes).

Show Must Go On Fundraising from Archway Pictures on Vimeo.

The producers had put a notice earlier this month on Craigslist that apparently went unnoticed. It read:

On Saturday, Oct 4 from 12-6pm we are casting people for the upcoming short film about Freddie Mercury. Roles being auditioned for are everything from Mary Austin, David Bowie, Brian May to Freddie’s boyfriend, Jim Hutton. Production begins this November with a sizable cast and crew and period piece of 1970’s Munich. We need a casting person (with experience) to help us run the casting process and provide input and a casting assistant to manage people as they come and go. We’re asking for 6 hours of your time.

Being a short film all money is going into Red cameras, wardrobe, set design, lighting (i.e. production value). All crew members, producers, and director have agreed to donate their time. This is non-paying, however, we are offering IMdb.com credit.

Here’s the posted 1st make up try for Daniel Keith: 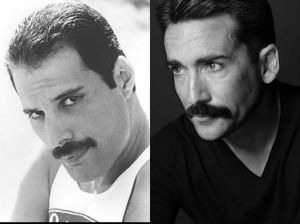