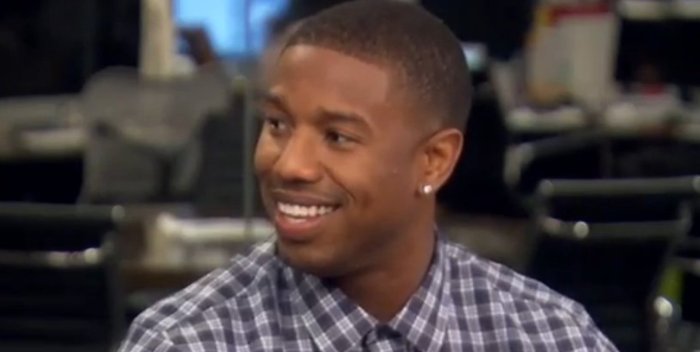 EXCLUSIVE That new “Rocky” movie from “Fruitvale Station” director Ryan Coogler is a go for a January 2015 shoot. I can tell you that the main character played by Michael B. Jordan will be called “Adonis Creed” and the movie itself is called “Creed.” It’s about Apollo Creed’s son going for a title, with Sylvester Stallone as Rocky Balboa playing his coach.

Coogler, of course, wrote and directed Jordan to acclaim in the tremendous “Fruitvale.” He suggested this idea to Stallone and producer Irwin Winkler, and they went for it. Somewhere, Jordan must be eating a lot of eggs and running up and down steps in a hoodie.

“Creed” will be shot (at least exteriors) in Philadelphia, naturally. Some of the characters include Adonis’s deaf half-sister, age 10, as well as a potential lady friend for Adonis who is a doctor of Indian descent; a guy named Joe who co-owns Mickey’s gym with Rocky; a former boxer named Pete, and a “Mickey-like” guy named Marcel, who’s Latino and assists with Adonis’s training. This part is for Luis Guzman, he should call his agent now.

No word yet on music, but it’s Philly, so there’s a lot of soul in that town. Maybe they’ll get the O’Jays to be old friends of Rocky!