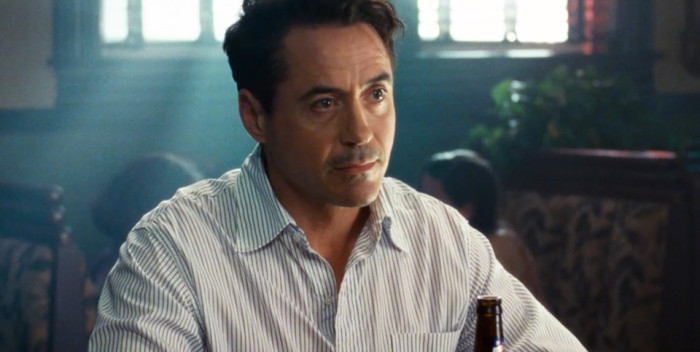 “The Judge” has been convicted. David Dobkin’s likeable big studio feature starring Robert Downey Jr and Robert Duvall has proven to be a hard sell at the box office. The movie did a very disappointing $13.3 million over the weekend, and finished 5th over all.

Warner Bros. tried everything with “The Judge” including opening night at the Toronto Film Festival. On Friday, the studio threw the film a swanky lunch at the historic 21 Club. Surprise guests including Sting and Trudie Styler, as well as Robert Downey senior, who has snow white hair now. (I remember the “Putney Swope” director from years ago.) It was great to see all of them.

Warner Bros. is having a tough year after 2013-2014 was such a hit with “Gravity” and critics’ darling “Her.” Paul Thomas Anderson’s “Inherent Vice” is another hard sell, and Shawn Levy’s “This is Where I Leave You” left most people cold. But “The Hobbit” finale should be gigantic. And superheroes are always around the corner. I don’t mean Superman or Batman, but Clint Eastwood and Bradley Cooper with “American Sniper.” So get ready.