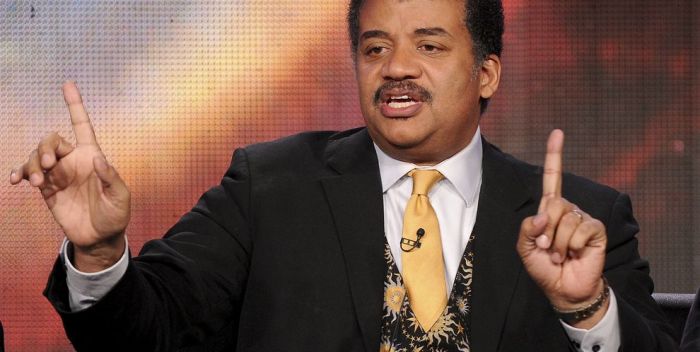 I don’t know a lot about Neil deGrasse Tyson, but I was addicted to his show “Cosmos.” Now I can tell you that Tyson, a heavyweight in science, is going to host a talk show live from the Hayden Planetarium in New York. That is, live to tape. It’s a TV version of his already hit radio show called “Star Talk,” and it will be aired on National Geographic’s cable channel.

Tyson is already director of the Planetarium and a research associate in astrophysics at the Museum of Natural History in New York. Harvard educated, Tyson is the successor to Carl Sagan in the discovery and analysis of the universe, and galaxies beyond us.

I love him on TV, but Tyson told at Stuart Match Suna’s annual Founders Party for the Hamptons Film Festival that being a media star “devalues” among his science snob colleagues. Nonsense! He’s probably done more for science and space and the understanding of both than anyone since Sagan. Bravo!