That’s about right. Which is why U2 opted for the iTunes giveaway rather than deal with the charts and public numbers. It doesn’t matter how many people took the “purchased” button and allowed “Songs of Innocence” into their machines. The real question is, who will pay for music at all? How many people are there to buy an album by a group of men over 50? And the answer is: 70,000. If you’re lucky.

Typical sales right now for almost every artist is far less than 70,000 in the first week. Dozens of acts have experienced shock this year with opening weeks of 25,000. That goes for current and young acts like Jennifer Hudson and Maroon 5. The latter group got a bump last week thanks to “Saturday Night Live.” But their “V” album has not been a wild success.

Meantime, the U2 album has a creepy, creepy cover. They should have stuck with no cover. Criminy. 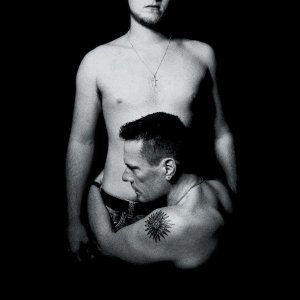