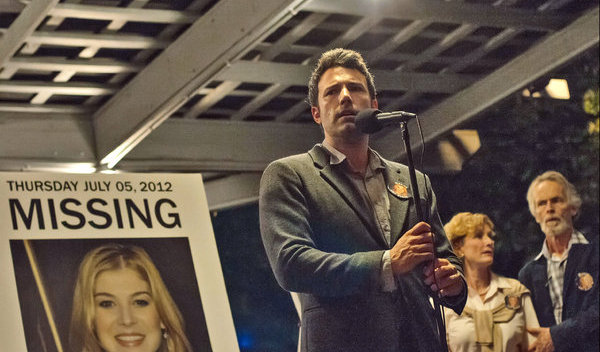 The box office got exciting for the first time in months last night. Warner/New Line’s low budget horror film “Annabelle” beat David Fincher’s big budget “Gone Girl” with Ben Affleck. No one knows how the weekend will finish because today– Saturday– is sketchy with the Jewish holiday of Yom Kippur keeping some audience away.

So far “Annabelle” has $15.5 million banked, while the Fincher did $13.2 million. Some trades are saying that “Gone Girl” will eventually win, with $36 mil vs. $34 mil. Either way, this isn’t what Fox was predicting with all the hoopla around “Gone Girl” and its New York Film Festival opening. Also, “Gone Girl” had the built in following of the book readers.

Fox spent a fortune on “Gone Girl” promotion including that NY Film Fest opening. Meanwhile, “Annabelle” cost maybe $6 million. The only person anyone’s heard of in it is the great Alfre Woodard, who would have an Oscar by now if the world were different. I might even go see it because of her. “Annabelle” is made by the same company that gave us “The Conjuring” and “The Conjuring 2.”

Wait, really? Alfre Woodard? Well everyone has to pay bills. But why this woman isn’t a revered Oscar nominee is beyond me. But I digress.

“Gone Girl”? At the premiere everyone I spoke to said it would be a hard sell. They were right, I was wrong.