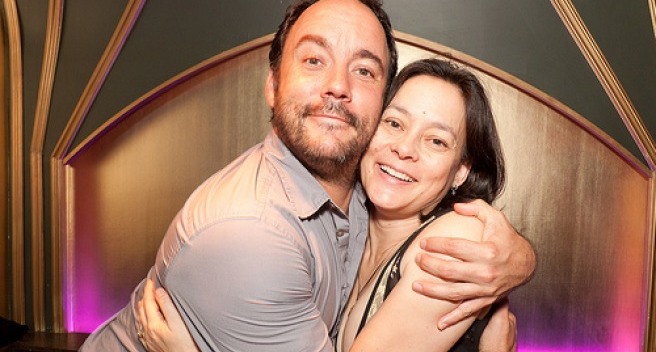 EXCLUSIVE: It does look like rocker Dave Matthews is getting more into his acting side of things. Matthews is set to star in a feature film called “Angels” directed by actress and children’s book author Meg Tilly. Meg, of course, made her indelible debut in 1982 in “The Big Chill” and is the sister of zany actress Jennifer Tilly. For several years Meg was also married to much older beloved Hollywood exec John Calley.

In “Angels,” Matthews would play a man with medical and financial problems struggling to get a liver transplant for his two year old daughter. It sounds like a Christmas miracle kind of movie, maybe perfect for the Hallmark Channel. Matthews’ business partner and manager Johnathan Dorfman is listed as executive producer. Filming would begin next March in either upstate New York or in Kentucky. Tilly wrote the script.

Tilly is currently starring in a Canadian TV series called “Bomb Girls” about women who worked in munitions factories in World War II. “Angels” would be her directing debut. Dave Matthews– who’s South African, by the way–has acted a lot, even in two Adam Sandler movies. But we won’t hold that against him.

PS I found the photo of Dave and Meg on line, I think taken by intrepid PR guy Henry Eshelman. Now I owe him lunch or an item about one of his clients.