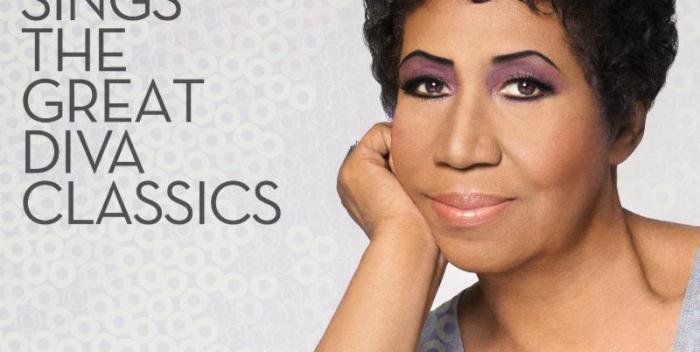 Aretha Franklin, Queen of Soul to all of us, knocked out David Letterman and his audience tonight. She got a standing ovation after the audience literally clapped in time through her soaring rendition of “Rolling in the Deep.” I was lucky to be invited there, all afternoon, from soundcheck til the taping. It was quite the experience hearing Aretha Franklin sing live twice in the Ed Sullivan Theater. And contrary to some nutjob blogger looking for clickbait at the Washington Post, Ms. Franklin does not use Auto Tune. (She is not Britney Spears or JLO, you twit.) I wish the Letterman people would let me post the soundcheck, which was as good if not better than the air performance.

Franklin’s back up singers were historic too. She had Cissy Houston with her, 81 years old, the original Sweet Inspiration. Cissy sang back up on all of Aretha’s hits in the 1966-69 Jerry Wexler era, especially on “Ain’t No Way.” Then there was Vaneese Thomas, daughter of Rufus, sister of Carla, a recording artist in her own right. Rev. C. L. Franklin married Vaneese’s parents to each other. Let’s not leave out Fonzie Thornton, premiere singer, originally with Chic and Luther Vandross, of the great “unsung” singers in the world.

It’s so cold in Letterman’s studio that Aretha wore a hooded sweatshirt to rehearsal. She went through “Rolling in the Deep” twice, astonishing everyone in the room. The single is available today on amazon, and iTunes. She swoops and dives and climbs through her still amazing range wringing sounds out of that song no one has heard before. Auto Tune, my ass. To have watched Aretha Franklin sing live all these years is to know she does nothing the same way twice, she is totally spontaneous. and sort of magical.

For Letterman, by the way, Aretha called in her famous conductor H. B. Barnum, as well as many famed musicians including bass player extraordinaire Jerry Jermott aka The Groovemaster. After the show, Letterman guitarist Felicia Collins had a moment of nirvana with Aretha and with Jerry. Everything was live, it was just brilliant.

Aretha’s new album, “Classic Diva Songs,” is available today on vinyl, and will drop as a CD on October 21st. Start the soul clapping now!