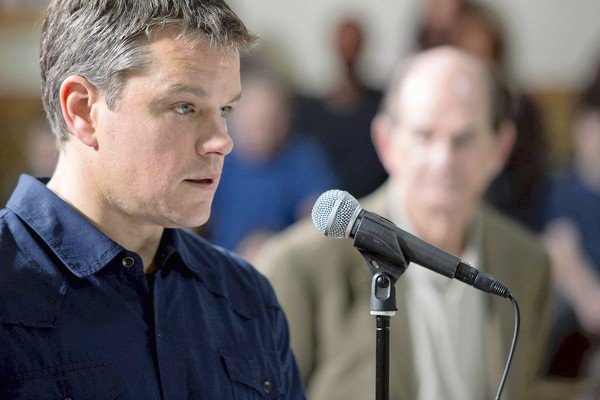 Director Paul Greengrass and star Matt Damon are returning to the world of Robert Ludlum. Deadline’s Mike Fleming got the scoop today that the pair will re-team finally for a third Bourne movie even after Greengrass said he’d never come back. (I think it was Wilson Pickett who sang something like Don’t let the Greengrass fool you…)

If you’re trying to remember what happened here, a little recap might help. Doug Liman directed Damon in “The Bourne Identity” in 2002. Greengrass stepped in and made “The Bourne Supremacy” and “The Bourne Ultimatum” in 2004 and 2007 with Damon. But then Greengrass got into it with Universal. When they couldn’t reach a financial arrangement for a fourth movie, Greengrass and Damon went off and made “Green Zone.” That didn’t work out. But then Greengrass had a huge hit with “Captain Phillips.” Now he’s back in the game.

Of course, in between all that, came Tony Gilroy’s “Bourne Legacy” in 2012 starring Jeremy Renner. Renner and director Justin Lin were supposed to start another Bourne movie soon. But now Greengrass and Damon will cross them out. Hopefully, Renner and Lin will get to make their film sometime too.

In Hollywood, never again means always — maybe. Greengrass was adamant about not returning to “Bourne.” Damon was steadfast about not making a “Bourne” movie without Greengrass. But now, here we are. Never just meant “wait four years.”