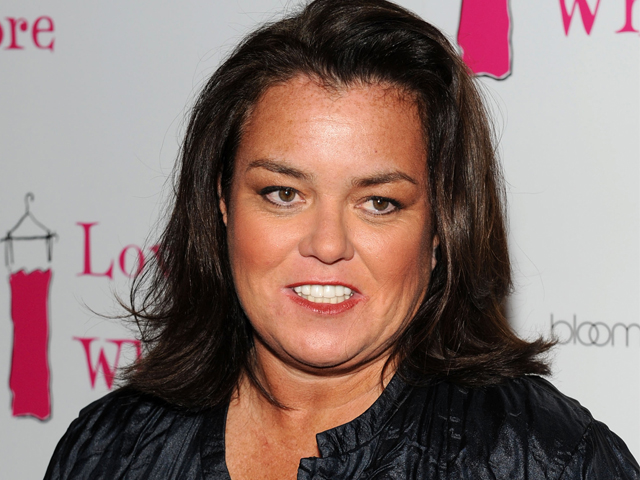 Backstage at the The View this morning: the show is back. Barbara Walters sits in the green room, although she did tape a piece right before the show aired. They showed it at the top– all the new hosts kissing her ring while Barbara sat on a red velvet throne. Very funny. But Walters is Emeritus now. After the show, she retreated, and let the new hosts meet the press.

The best part of Monday’s show was the stuff during commercials. Rosie O’Donnell did a lot of standup, very funny, and endearing. This group is not going to fight like the old days. They are almost too sensible. Republican Nicolle Wallace is lovely and smart, not cluess like Elisabeth Hasselbeck. One woman in the audience said: “She’s what Republicans used to be like.”

During a break, one audience member, maybe planted, asked: “Where is Bill Geddie (former exec producer)?” Official answer: he retired with Barbara. I thought it would have been funnier to cut to him drinking in front of the TV at home. No such luck. He’s probably playing golf, I hope, and living on a beach.

Wallace told me after the show that she’s published three novels! One of them, she said, her words, is about “mentally ill vice president.” Wallace clearly has no love for her old employer, Sarah Palin, who fired her right after the famous Katie Couric interview. That’s when Palin was stumped to name her daily reading material.

“I used to read the paper to her,” Wallace told me of Palin. “I read it to her that morning.”

They have not spoken since that day.

Whoopi Goldberg looks amazing. She lost her weight following Rocco DiSpirito’s cookbook. “He put on a lot of weight after his mother passed,” she told me. “So he figured out how to take it off. And wrote about it.” I am getting this book today. It’s called “The Pound a Day Diet.”

Rosie O’Donnell: she kicked off her black patent leather clogs when the show started and sat, legs crossed, in her chair. What happened, I asked? “They gave me these shoes, Alistair McQueen.” Alistair? Anyway. “Whatever. They were killing me. These are just from my closet at home.” The women had one rehearsal. This was the second time they’d all been together. Rosie is singing everyone’s praises. She also looks like a movie star. She’s lost 55 pounds since her gastric sleeve surgery.

Rosie Perez: I asked her how she’s going to do a Broadway show this winter, eight performances a week, with Larry David, and do “The View.” Her answer? “I don’t know!” Let me tell you about Rosie Perez. She is one of the brightest, funniest people in the world. She will shine on “The View.”

Funniest thing: warm up song to get the audience in the mood was a disco number called “I Don’t Care.” Not a good choice. These people care a lot.