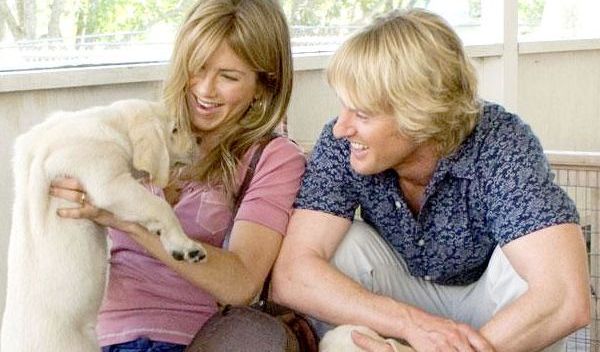 UPDATE Clarius Entertainment has bought “She’s Funny That Way for $4 million. They previously released the very bad “And So It Goes.” This one is much better.

EARLIER Film buffs revere Peter Bogdanovich for his dramatic epic classics “The Last Picture Show” and “Mask.” But I have a soft spot for his hilarious farce “What’s Up, Doc?” with Barbra Streisand, Ryan O’Neal and the magnificent Madeline Kahn. It’s a gem of slapstick French farce, with much hotel room door slamming and missed messages.

Now Bogdanovich has a comeback comedy he’s written with ex wife Louise Stratten. It’s called “She’s Funny That Way” but was filmed last year under the title “Squirrels to the Nuts.” Only Peter could have made this movie in which everyone turns out to related to everyone else, and the entire movie is based on each character making the wrong assumptions about each other. It’s hilarious.

The best part of “She’s Funny That Way” is Jennifer Aniston playing a shrink who tells anyone who asks the identity of her patients and what’s wrong with them. She’s sarcastic, snippy, self involved, and unaware of her behavior. This is what Aniston should play all the time, not these namby-pamby heroines in romcoms. She has wonderful comic timing that’s lost in those films. Bogdanovich saw this in her, and it works.

Owen Wilson is a theater director with a new Broadway play starring his wife (a great Kathryn Hahn) and a big British star (Rhys Ifans). The star has inadvertently caught Owen with a hooker in their hotel– this is a sublime Imogen Poots, who carries the film. Wilson builds on his “Midnight in Paris” work– he’s so watchable and pleasant here, so, shall I say, mature. Even though his character is basically bedding call girls, he actually seems sympathetic.

I’m told several distributors are vying for “She’s Funny That Way.” Whoever gets it will have a solid spring hit–the perfect movie after a long winter. How nice to see Peter Bogdanovich back in a big way!