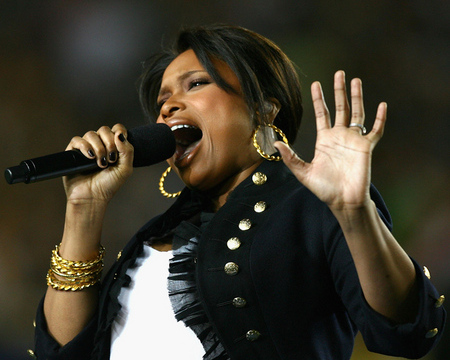 Attention Pharrell fans: you liked “Happy,” “Blurred Lines,” and “Get Lucky.” Now Mr. Williams with the hat– the Cat in the Hat–has written and produced a new hit for Jennifer Hudson. “Just That Type of Girl” is one of 10 tracks on “JHUD,” Hudson’s new, succinct, and excellent R&B offering on RCA.

“JHUD” drops September 23rd. Pharrell worked on three tracks, but “Girl” seems so radio and dance friendly, I wouldn’t be surprised if it takes off on its own. It’s original, too, with a little bass line nod to Stevie Wonder’s “Do I Do” added for good measure.

Ten tracks, forty minutes? Yup. But no filler, so that’s cool. And absent of its dreadful video, “Dangerous” turns out to be a pretty great song.

Hudson is young, and wants to record young music. But she’s also an Oscar winner. And she may just be the great voice of her generation. Next time, it would be great to hear some covers of amazing classics, some off beat choices. When she’s done Neil Diamond’s “Holly Holy” and Michael Jackson’s “Will You Be There,” live, roofs have exploded. Next time perhaps.